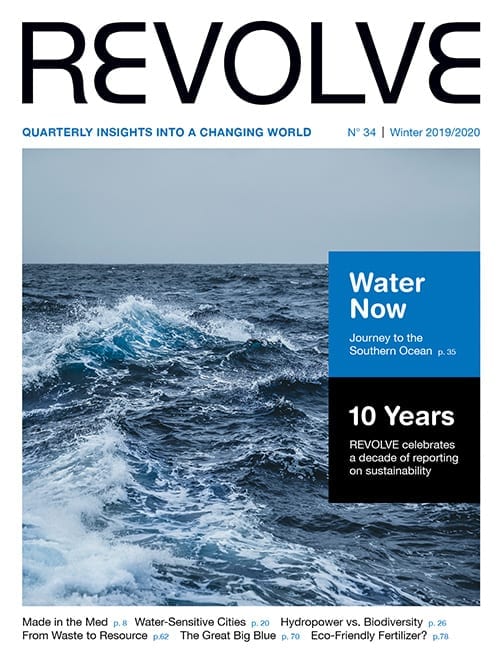 Euro-Mediterranean integration: The role of regional and local authorities

On coal and water in Poland

by Stuart Reigeluth, Founder of REVOLVE

Katowice/Brussels  – In the south-eastern part of Poland, in the Upper Silesian Coal Basin, there is a coal mine near the town of Gliwice that goes by the name of Bolesław Śmiały. This coal mine is over 240 years old, making it the first and oldest coal mine in Poland. It is also one of the smallest mines now, connected to the local power plant at the base of the hill, producing around 1.5 million tons of coal per year and employing 2,000 staff. Not bad local employment for an old mine.

Outside, piles of coal stand in the drizzle beneath Seuss-like factory pipes and passages: it’s hard to follow where all the pipes go. On the ground, old tracks look abandoned, but they are still in operation as little orange trains push containers full of metals and wood towards the main shaft that descends 1,295 meters in the Earth, making it one of the deeper mines in Poland now, too. Beneath the surface, tunnels extend for in all directions.

Looking across the valley towards the higher heights in the distance, Grzegorz Conrad, Director of the Bolesław Śmiały, says there is ongoing exploration for an estimated 220 million tons of coal per year, with projected exploitation at 85 million tons per year. Where does all this coal go? Director Conrad says around 77% of electricity in Poland is powered by coal. No windmills are on the horizon, no solar panels in the valley. Poland also imports coal and gas from its eastern neighbor – Russia.

Around 77% of electricity in Poland is powered by coal

Coal is, of course, very political. Since the 1990s, around half of the mines have been ‘closed’ or ‘consolidated’ meaning that they have been gobbled up by bigger mine companies that keep the lesser mines running at a loss to fuel the bigger ones. Three companies now run the Polish coal market and the government has shares in all of them, so it’s an interesting private-public combination of running a profit for companies owned by the state.

Closing mines is possible (Thatcher did it in the UK overnight calling for a moratorium on coal mining), but its costly politically. The previous Polish government moved to close six mines that were not as economically productive as others; massive demonstrations ensued and the plan to close the mines was parked for the foreseeable future.

The re-election of the ruling conservative, nationalist, and populist party called Law and Justice (PiS) will not stop coal mining. On the contrary, coal mining will continue, and grow. PiS had announced plans to open two new plans in the Upper Silesian Coal Basin: one in Rybnik and another near the town of Imeilin. Coal runs deep in families, employing cousins, uncles, fathers and grandfathers.

But it can be cleaner. Coal is literally very dirty, smudging black soot to the touch, but parts of the process of extracting coal are getting ‘cleaner’ and better for the environment and for business. One such solution being advanced by the ZERO BRINE project are technologies that are proving it is possible to reduce energy consumption by 50% from the water recovery process of coal mining.

The current technology benchmark using mechanical vapor compression at the largest industrial-scale desalination plant in Czerwionka-Leszczyny uses 44 kW/hr/m3, whereas the ZERO BRINE technology being tested at Bolesław Śmiały shows that 22 kW/hr/m3 is possible with higher salt recovery as well as the recovery of other valuable resources, such as magnesium hydroxide. Cost saving multiplied by much larger plants and mines will be exponential and lucrative in the long-term.

Even if some coal mines are closing down, the others are going deeper for better coal, but with more saline water to be pumped out.

As any mine (coal, diamond, copper, nickel, tin, sulfur or other) digs into the ground, their shafts and tunnels fill with water. Removing and treating this water is now an auxiliary business for coal mines such as Bolesław Śmiały that provides its own bottled drinking water from reused water called AGUA CO@L. It tastes a little flat even though it is carbonated, but it hydrates just as well as another.

What to do with the excess dirty sludge water (brine) is a major issue. ZERO BRINE is addressing this with innovative technologies, while elsewhere most brine continues to be dumped into rivers or seas. The problem with discharging into nearby streams is that the salinity severely affects the ecological cycle, causing irreparable damage, or sometimes a small waterway will come to rely on the discharged water sludge to keep its current flowing. It’s a no-win catch-22.

Either way, a major loophole in the EU Water Framework Directive (WFD) has been detected by coal mining companies in Poland that find it permissible by law to discharge their wastewater into “short stretches” of rivers thus contaminating and altering the local ecosystems. According to Grzegorz Gzyl from Central Mining Institute, many Polish rivers exceed the salinity level of 1 gram/liter due to saline mine water discharges.

This needs to be addressed urgently. While a cold turkey moratorium on coal mining would be preferable, coal mining is here to stay for the next years. Meanwhile, new technologies can be deployed and the rivers really need to be cleaned up. This needs to happen now, long before the EU Water Framework Directive evaluation coming up in 2027.

Euro-Mediterranean integration: The role of regional and local authorities